From the Carnival of Rio de Janeiro to the Carnaval del Pueblo in London,

to represent its magnificence. Together with their Queen of the drums plus

Brazilian dancers, prepare for a powerful performance of unseen beauty.

Take a closer look at the event at carnavaldelpueblo.co.uk.

The best Cuban music and dance directed by Homero Gonzalez and

Reynaldo Crespo. Their vibrant colorful show is performed with its roots

in the rich tradition of Cuba bringing the excitement of Salsa, Son, Cha Cha Cha,

The London stop of their 2008 world tour, promising to treat,

with the sensitive sounds of Bolivia, played from authentic instruments

from the mystical highlands of the Andes.

A spectacular show from Diana Giraldo and Carlos Paredes,

Coming to Carnaval del Pueblo from Mexico are champions of this

sensational acrobatic dance characterized by the sensual and exotic body

movements it incorporates. This presentation has been made possible by

(UNESCO’s Masterpiece of the Oral and Intangible Heritage of Humanity)

of the most amazing pageantry and colour; not to be missed.

Presented by ANATA, in collaboration with CdP.

Bringing a taste of Ecuador to London for the day, this typical example

of fascinating Ecuadorian folklore is a delight, featuring 16 dancers and

A rare chance to view authentic dance from the heart of the
Peruvian Amazonian jungle, Tigres, the group will be wearing costumes
typical of this region.

Carnaval del Pueblo offers you the opportunity to discover this artistic

revelation in jazz music. Stephanie is of Anglo Colombian descent and is

guaranteed to leave yousinging for more.

The Chica Latina and Papa Yera

Angelica Lopez, from Cartagena, brings her 8 piece explosion of

21/4 million viewers on You Tube for her Britain’s Got Talent Performance! – now takes to the sky with her acrobatic hot salsa show Cali,

Colombia style, under the artistic direction of Ancizar Velasquez.

Bringing the culture from Machu Picchu and Huancayo

to celebrate the worldwide year of the potato.

A 7 year old Chilean Multitalented girl, has been participating

performing for all of you.

Fusion of the deepest Latin roots with

the most advanced independent music.

This is one of Europe’s best-known Andean bands.

It takes its name from the Quechua word meaning ‘revival’.

Quechua is the language of those who live in the

played by their ancestors. Formed in 1995, Kausary’s repertoire

coastal lowlands, Amazon basin and forest, as well as

– No dogs allowed in the park during the event.
-There will be Bull riding, Bungee Run and giant Inflatables 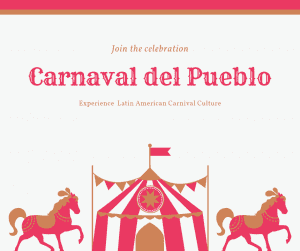